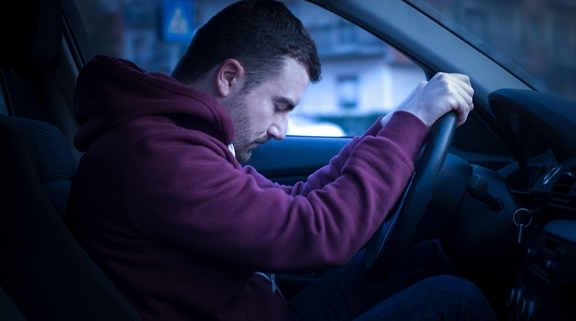 What Is Nodding Out?

One of the effects of using heroin is the heroin nod, or nodding out.

Nodding out is a term that describes being in and out of a conscious state after using heroin. The “heroin nod” can come about in a matter of minutes. While in this semi-conscious state the person’s head may nod up and down slightly, thus the term.

When someone uses heroin they will sense a euphoric state of mind, feel deeply relaxed, and also drowsy. This drowsiness is the precursor before he or she nods out, which looks rather like sleeping. The effects can last for 2-3 hours, based on how much of the drug was used.

When you or a loved one is using heroin there is much risk involved. There are long-term health effects, as well as the risk of ingesting fentanyl and dying from an overdose. Nodding out itself can put someone at risk of an accident or injury. A treatment program can help guide you toward breaking free from this dangerous drug.

As with many aspects of heroin use, nodding out is dangerous. For someone who is new to using heroin, they may not be prepared for the nodding effect. They could be behind the wheel of a car when it happens, or nod out while standing and collapse. If they nod out in a public place, they could be robbed, or it might be thought that they’ve overdosed.

If someone you care about is nodding, you will want to get them into a safe place or a safe position. This can help them avoid injury. Once safely seated or lying down, it is best to try to revive them and keep them conscious. It is never good to leave the person, as the nodding could be a precursor to an overdose.

Heroin is a powerful substance that is derived from morphine, which comes from opium. The drug can be ingested in various ways, such as injecting, smoking, or snorting it. Heroin is an illegal Schedule I controlled substance, meaning it has no medical use and is highly addictive.

The pleasant effects from heroin are short-lived. Many people never feel that same sense rush again after the first time they use it. Instead, they become slaves to the drug. There are also some adverse short-term effects that are unpleasant. These include:

Heroin enters the bloodstream and heads to the brain where it becomes morphine. The morphine then attaches to the opioid receptors. The effects on the central nervous system cause the breathing rate and blood pressure to decrease.

This causes a release of dopamine that the person experiences as a rush or a potent high. The brain registers the pleasant effects as something good. A pattern begins, starting with the intense high, then increased tolerance, and then using more heroin. The withdrawal symptoms cause the person to repeat the pattern. After using the drug for even just a week or two the addiction can take hold.

There are some common signs that occur when a person becomes hooked on heroin. These include:

When someone is hooked on heroin they will show withdrawal symptoms and become ill after the drug wears off. These include stomach pain, sweating, chills, fever, bone and joint pain, vomiting, and diarrhea.

Because heroin impacts the central nervous system, the respiratory system is at risk of slowing too much. Heroin overdose can result from suppressed breathing; in essence the body forgets to breathe, which leads to heart failure. Signs of a heroin overdose include:

The risk of death from a heroin overdose has increased with the advent of fentanyl having entered the heroin supply. Fentanyl is about 50 times more potent than heroin.

Getting Help for Heroin Addiction

It is possible to break free from the grip of heroin. It is a difficult road but well worth the effort to get to a healthy place again. Treatment includes:

You will need to begin your recovery journey with detox. During detox a trained team of detox experts will guide you safely through the harsh flu-like symptoms. Medications can help relieve the withdrawal symptoms.

After detox, you will begin the active treatment portion of recovery. You will learn how to change how you respond to cravings and triggers. The treatment process involves CBT, group therapy, family therapy, MAT, 12-step program, life skills classes, and holistic methods.

Once you have finished the treatment portion of the program you “step down” to outpatient aftercare actions. These may include staying for a while in sober living, ongoing outpatient counseling, and joining a 12-step group.

Ken Seeley Communities provides treatment for heroin addiction. Ken Seeley sees recovery as something that evolves over time. Each phase of the process leads to the next phase. We offer detox, rehab, and sober living for all. For more details about the programs, please contact Ken Seeley today at (877) 744-0502.

Stages of Withdrawal From Norco

How to Get a Meth Addict Help